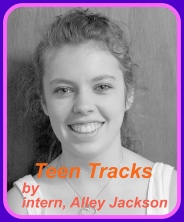 I have always wanted to travel around the world. So I thought, why not start at our nation’s capital? This trip was with 26 kids from my school and five chaperons. We left on March 29, 2008 and we would stay in Washington, D.C. until April 4. The first day we went to Williamsburg, Va. and had a tour of the town. My favorite place in Williamsburg is the Governor’s Mansion. Williamsburg was Virginia’s second capital after Jamestown burned.

The Virginia burgesses were where we got the design for our government and we all got to experience how they worked.

Day two of the trip included visiting the re-enactment of Jamestown. There the group and I re-enacted a trial. I was a thief and I was charged of stealing a man’s silk. I was then sentenced to spend time in the locks by the jury. Then we headed off for Charlottesville, Va. This was where my favorite President, Thomas Jefferson had lived. We saw Monticello and University of Virginia, the school Thomas Jefferson designed. The school is a public university but, and most difficult public university in which to qualify for admission.

From Charlottesville, we went on our first day of touring D.C. We began with the Washington National Cathedral. This would have to be the most beautiful structure of a church I have ever seen. After seeing the Cathedral the group went to see all the memorials. The memorials we saw included: Vietnam memorial, World War II Memorial, the Korean War Memorial, and the Lincoln Memorial.

I never realized all the lives that have been lost and how much effort had been put into keeping us safe until I saw magnitude of these memorials. At the Lincoln Memorial I stood in the exact spot Martin Luther King Jr. was when he gave his “I have a Dream” speech. The spot is marked with the speech.

The group that I went with was lucky because we got a tour of the White House. We saw the Red Room, Blue Room, Ballroom, the Dining Room and the Presidential Seal Room. The president was not there but it was still a wonderful place to see. I also got to get a tour of the Capitol Building and sit through one of the Senate’s trials.

The last few days included us going to the Smithsonian Museum, the Washington Monument, and Jefferson’s Memorial, and Pentagon City.

We also went to the Holocaust Memorial Museum. This is a four-story museum, where you are assigned a person that was in the Holocaust and you follow their story. In the end you find out what happened to your individual by searching on a white wall to see if they lived or died. Mine ran away from her camp and was never found. This museum takes two days to go through the whole thing. We had an hour.

I was very happy to go on the trip, it was so much fun, and it will be a memory I will keep forever.